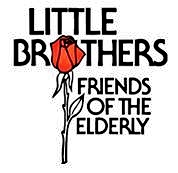 Constance Bailey is the poorest person on their list, the woman from Little Brothers tells me when I turn up at their office in Roxbury and offer to volunteer. At eighty-eight, she has no friends or family.
“She hasn’t thought much of the volunteers we’ve sent her in the past,” the woman says, scrunching up her forehead. “She’s picky. I’m not going to lie. The last few visitors didn’t work out. She didn’t take to them at all.” The woman puts on a pair of reading glasses and looks down at a notebook in front of her. “There’s a scribble here that says she doesn’t want any more visitors. Never mind, let’s try and see what happens.”

Vallance is white, comfortably middle-class, Australian, young, educated, visiting Harvard for a year to research her dissertation on access to health care for the elderly poor of the African American community. Ms. Bailey, old, poor, black, alone, and very, very crochety, provides her with supplemental insight into the human side of that project. Vallance’s essay about her year visiting Ms. Bailey goes about how you’d expect: two women from opposite sides of the earth, from opposite strata of the most obvious criteria, who develop a very close and caring relationship.

The essay is not without its humorous points. Monica Lewinsky isn’t one of them; in fact, she’s barely mentioned. There is, however, an attack cat. And there’s this:

I look up at a poster behind her of the Little Brothers Friends of the Elderly logo with its single long-stemmed rose. A red rose seems like an odd symbol for a charity that matches volunteers with old people, but that thought leaves my mind almost as soon as it enters.… I spent more time than I should pondering the name Little Brothers Friends of the Elderly. Are they little in stature or little in age? It is a slightly creepy name for a charity.

For some reason, this strikes me as hilarious, but I don’t think the name seems creepy at all. There’s an organization of Catholic nuns called Little Sisters of the Poor, so why not little brothers of the elderly? Little Brothers is not an overtly religious organization like the nuns, however. It was founded right after WWII in France, came to the US in the 50s, and now has a sprinkling of chapters in major cities like Chicago, San Francisco, Minneapolis, and Boston. It’s motto is “Flowers Before Bread.” While I don’t dispute the importance of either, I’m not sure a hungry person would agree with the priorities. But in the richest country on earth, as we keep hearing, we should have both in abundance.

Connie and I share an odd worldview. Neither of us likes people very much, but we care deeply for their welfare. We talk about the contradiction and decide we are parked misanthrope, part humanitarian. I tell her that my father, a geologist, preferred rocks to people. “A rock will never disappoint you,” he you say. “And they don’t speak.” Connie laughs and tells me she wishes she had met him. “He would have loved you,” I say, and she smiles.
Connie has always preferred animals to people. We were both like this since we were little. “Animals are a lot easier to love,” Connie says, and she is right. She would rather be alone with her cat and an old persons in need of visitors. I am pretty certain I will be the same. We talk about the paradox of loneliness: that we are more likely to be lonely with others than without.

As a confirmed hermit, I agree with that last line.

Vallance’s story has its parallels with Ms. Bailey’s. A riding accident left her with serious traumatic brain injury, so she had to re-learn language, writing, and walking before doing PhD research was on the docket. Something of a miracle, really, though I suppose the determination to get up and walk was a major factor. But isn’t the possession of such determination a miracle in itself? Having that tool in our personality doesn’t mean one is a better person; it’s an unearned gift some are granted. Taking credit for the grace bestowed upon you is poor form.

So why put Lewinsky in the title? A time marker? The print form of click bait? I don’t think so. I see a thematic relationship about assumptions drawn from surface features, assumptions that we sometimes cling to in order to retain our paradigm of the world, assumptions we sometimes have to struggle against in order to see reality. Assumptions can be tested and, when necessary, released, but only if we’re willing to tolerate some cognitive dissonance and be more flexible about who’s part of us, and who isn’t.

Ordinary, nice old people must exist in the world, but no one writes essays about them. The cranky curmudgeons are a lot more interesting, especially when they have attack cats. Though, from what I’ve learned about current practices in non-fiction, I’m wondering if the cat is added in for reader interest. See, people who make things up in their essays: you taint the pool.