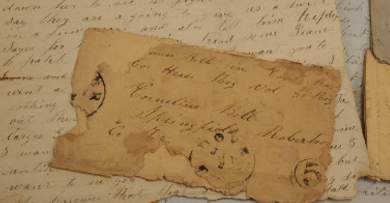 I was just doing what I usually do – reading bizarrely arcane nonfiction, in this case men’s and women’s Civil War letters – when I was struck by an aspect of them that seemed shockingly relevant to the unhappy position in which we find ourselves today. Even in the very last days of the war, after all of that suffering and all of those losses, letter after letter articulated its conviction that come what may, the South and the North would never reconcile their positions when it came to race, and that the abyss that had opened up in American civic life was never going to close.
….How had we managed as a country to go through five years of agony with more than three-quarters of a million casualties while still ending up having learned so little? That kind of maddeningly self-destructive mulishness has always attracted me as a subject. It’s also starting to seem, dispiritingly, like one of our central characteristics as a country. There followed, then, one of my usual bathysphere descents into more focused arcane reading, afterwhich, I found myself doing what I could to imagine myself inside that recalcitrant Southerner’s position.
Jim Shepard, Contributor Note

I like Jim Shepard. I’ve read two of his story collections, in addition to the stories that crop up regularly in BASS and Pushcart. He has a way of taking a real situation and turning it into an insanely enveloping read, courtesy of details that ramp up the aesthetic reaction to eleven. Most of the time, those aesthetic reactions are uncomfortable, or downright agonizing, as when a teenager plays high-stakes football, or an explorer crosses a desert. And there’s always a crucial decision in there somewhere, something that hits home. That’s why I have to say that in general I far prefer having read a Jim Shepard story, to reading a Jim Shepard story. I actually had to stop reading Like You’d Understand Anyway, a book written to capture the essence of machismo suffering. It was that painful. But they were great stories.

I didn’t have that problem here, at least, not exactly. Although some of the material was grisly – we are talking a bloody, murderous war – these were letters written from a more intimate place. We have William and Lucy, who seem to be young sweethearts (she is just turning 20); and Hattie and C.W., married nine years. We never see a letter written by C.W., we only hear of his actions and comments via William’s letters to Lucy.

Dear Lucy,
It commenced snowing at about dark here, & the wind is as cold as the world’s charity & blowing at a terrible rate. Some of the letters I sent came back. It is very uncertain about letters nowadays, though I suppose it will do no harm to write more & I wanted you to know that I’m still right-side up, though you ought to see me now if you want a hard-looking case. Whiskers have grown out all over & I am ashamed to scan a looking glass.
….
I’m happy to hear my Georgie stories charm Nellie in particular. Tell her he is so small some of the boys like to call for him to come out of his hat because they can see his legs….He regularly announces to one & all that if he can just get an eye on Lincoln with his musket he’ll make a cathole through him. C.W. says that anyone who can make us smile so much is like loaf bread & fresh beef all the time and that he is always hunting for something to raise his spirits given that he’s forced to sojourn in these low haunts of sorrow.

One of the things that struck me about these letters is how beautifully written they are. Yes, they are fictional, but they are based on real letters, and I don’t doubt Shepard’s ability to mimic reality. Some of that is the old-fashionedness of them, but there’s a level of care here, as though the writers know they will be cherished, so they put heart and soul into each word and phrase. Here is Lucy’s birthday meditation, written a few days before she turns twenty years old:

How long I have lived on this sphere for all the good I have done. I am older than I am wise, and wiser than I am beneficent, and now a woman, decline the unwelcome thought as I might. What good has all my schooling done me? However much I wish to stay careless and free I am a woman not only according to the hunger of my heart but because I can now measure my deficiencies in every respect, from my awkwardness to my self-indulgence to these flashes of temper. Winter’s harvest is nearly ended and I have planted few seeds of improvement in the meantime, so that the future will likely prove barren of the fruits of firm resolve or self-control. At least those we love, most of us, have been preserved and protected, but who knows what will come with another revolution of the year’s wheel.

And Hattie writes to C.W.: “We women are told that our fragility is our strength and protection our right, but this War no longer allows us our frailty, or to assume the presence of guardians that are supposedly our due.”

I have no knowledge of contemporary wartime letters; are they also so beautiful, even in this age of LOL and OMG?

Maybe it’s because the letters are written in what would be the closing months of the war, as the Confederacy’s situation grew more and more hopeless. Words might be chosen with more care when there is the sense that days are short. Also, the Civil War wasn’t just a war; there was a layer of pain on top of the grimness of the battlefield, the sense of a country tearing itself apart from the inside.

Here I have to thank Jake Weber for his knowledge of the historical context (his analysis is wonderful, I highly recommend it): the (fictional) letters are dated in the week before the (very real) Battle of Nashville, which was disastrous for the South. Thus, William and C.W. and Georgie were probably dead by the time these letters were read by Lucy and Hattie, and they probably never got to read the women’s final letters.

The title comes from something C.W. said to William, as he relates it to Lucy:

I have seen more depravity in the last month then in all my days previous. This war is a graveyard for virtues.
…[C.W.] Is very low & says that it requires the faith of a prophet to see any good resulting from so much mayhem, & that perhaps both nations must be destroyed when we consider how much corruption runs riot in high places, & that it may be that our country’s day of grace is passed. but he also says that he will all the same see the thing play out or die in the attempt.

I would wonder if there ever was a day of grace, as the nation was conceived in slavery. There are those say slavery was America’s original sin; I think it was more like a birth defect, scoliosis or a club foot, something that could have been largely corrected in infancy but wasn’t, and thus resulted in a far more traumatic procedure later, a procedure that was less than successful. It took about a dozen years for the hopes of reconstruction to be abandoned, and for the South to reestablish racism as culture. And every fifty years or so, we fight the same war all over again, in a different guise.

What Shepard does here is create sympathy for people who are cold and hungry and lonely and are about to lose their loved ones and/or their lives. That’s not a difficult task, until you consider the context. I find myself unable to really enter this story fully because of current events. That isn’t Shepard’s fault. But I have to say that this time, I enjoyed reading it more than I enjoy having read it.