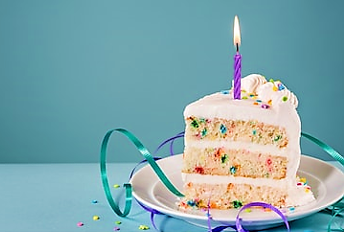 I had what would become Ben’s voice rattling in my brain for a while. It was a postapocalyptic-sad-boy chorus that was strange and funny and alive to me. An idea of a world emerged from this voice, a world that was brutal in the name of “honesty,” a world that had learned to forsake kindness as a virtue. And once these general ideas were in place, I let the voice take me where it would.
Nana Kwame Adjei-Brehyan, Contributor Note

I first read this story about a week ago, at the end of my Summer Read II, in Adjei-Brenyah’s collection Friday Black. My impression at the time was that it was remarkably sterile and cool in a collection bursting with energy, violence, and rage; I briefly mentioned it combined concerns about human genetic engineering with the pushback on political correctness and high-priced self-help scams. On re-reading the story individually, I have a very different impression; the interactions are anything but sterile and cool. While it isn’t five kids getting beheaded outside the library, it’s still amazingly violent, but the violence is interpersonal and institutional, not physical. It’s Mean Girls on steroids, and everybody, including teachers and parents, plays.

Adjei-Brenyah has gone to some trouble to create a pretty complete outline of a future world, from language to technology to social institutions and attitudes. The tentpoles are familiar, however: money talks, revisionist history supports the power structure, let’s make sure everyone thinks they’re happy, and exclude the outliers. Ben, our protagonist, is in high school, so we learn a lot about the setting, both historically and socially, by looking over his shoulder in what passes for History class:

“Suck one and die,” says Scotty, a tall, mostly-true, kid. “I’m aggressive ’cause I think you don’t know shit.”
We’re in HowItWas class.
“Well,” Mr. Harper says, twisting his ugly body toward us, “you should shut your mouth because you’re a youth-teen who doesn’t know shit about shit, and I’m a full-middler who’s been teaching this stuff for more years than I’m proud of.”
“Understood,” says Scotty.
Then Mr. Harper went back to talking about the time before the Turn, which came after the Big Quick War, which came after the Long Big War. I was thinking about going to the nurse for some pre-lunch Good. I do bad at school because sometimes I think when I should be learning.
Complete story available online at Guernica

Truth telling and pride are central values in this world; emotion is the prime evil. Kids are genetically engineered for various qualities, but sometimes it goes wrong, resulting in various abnormalities and disabilities. Sometimes it goes right-but-wrong, as with the case of Ben’s sister Marlene; her seven indices all landed on ambition, creating a real monster, but one fully compatible with and prized by important parts the world in which she lives.

Ben’s decline makes up the plot. I’m still not sure what the reason is for his decline. He’s clear-born, that is, not genetically improved (after the experience with his sister, his parents thought it best not to take chances again), which comes with some disadvantages in a world where most of his classmates can read thirty-five pages in a minute and a half. The requisite dose of Good given every morning isn’t working very well, so he goes to the nurse for more during the day. Is this a common reaction in clear-born kids? Is he on his way to becoming a shoelooker – someone without pride or communicative skill? Is this physical, or the toil of emotional strain? Fact is, no one seems to care, including his parents, who, with prideful honesty, only note that he’s a mistake, slow, and disappointing, and they’re disappointed because that’s a reflection on them. Apparently narcissism is part and parcel of the pride-and-honesty thing.

I’ve always had an antipathy towards people who claim “You may not like what I say but at least I’m honest.” That’s always struck me as a translation of “You don’t matter enough for me to learn basic social skills or care about any relationship I may have with you.” And now this society is built on the same attitude: that interpersonal stuff might have been useful when there were a few thousand of us scattered about the savanna, but now it’s like an appendix, useless and prone to infection, so let’s tell stupid people they’re stupid and ugly people they’re ugly and not worry about it.

There’s a match for every misfit, and in Ben’s case, it’s Leslie McStowe:

Leslie was a twin, then her brother, Jimmy, died. Jimmy was a shoelooker who cooked his head in a food zapper. Leslie is always telling lies about how great things are or how nice everyone looks and how everybody is special. Leslie McStowe is one of the least truthful people around, which is frustrating because she and I scanned high for compatibility on our genetic compatibility charts. Probably because we’re both clear-borns. Leslie’s parents have protested against the Opti-Life™. They don’t believe in perfect. I believe in it—I just hate it.

It’s Ben’s birthday, which apparently is ignored in this post-emotion world, but Leslie invites him to come to her home where the McStowe family introduces him to birthday cake, jokes, and the idea that human relationships create a natural form of Good that obviates the injections. At this point we’re ready to go with the plucky-band-of-resistance-fighters trope, but plot twist: they give Ben a brochure explaining the prices of various packages for sessions of basking in the warm glow of friendship, which turns it into something closer to Scientology or whatever the financially-exploitative cult of the day is. Life in the Era, they call it.

Except, not so fast. Ben runs into trouble the next day, and Leslie is there. Alas, so is Marlene. And Ben has a choice to make. It could be a simplistic ending, but it’s choreographed nicely, using a lot of physical sensation to emphasize the nature of his decision.

As with most SF/F stories, this one plays with long-debated questions:

Where is the line between honesty and cruelty? While visiting the McStowes, Ben asks, “Is that the food sector your son killed himself in?” This understandably creates a shock wave for Mrs. McStowe, who, unlike Ben’s parents, operates with what we would consider a normal emotional palette, and drops a plate.

Father McStowe looks at me. He touches my shoulder. His hand is large/heavy. “You know something,” he speaks low so only I can hear him, “one of the things we like to do in this home is be careful of what we say. What you said didn’t have to be said. And now you’ve hurt my wife. She’ll be fine, but—”
“Lying for others is what caused the Big Quick and the Long Big,” I say.
“Maybe. Or maybe it was something else. I’m talking about thinking about the other person, ya know?” Father McStowe whispers to me. “I’m sure you have a lot of ideas about this, but it’s something we try around here.” He smiles and touches my shoulder again. “Let’s eat some cake,” he says in a big voice, a voice for everybody.

I recall a Miss Manners article in which she recommends considering what’s behind a question with a potentially devastating answer, like “Do I look fat in these pants?” or “Would you like to see pictures of my grandchildren?” If, in the first case, if a fix is possible (like in a store dressing room, pre-purchase), suggest it, otherwise (like just before the questioner goes on stage to deliver an important address), don’t destroy someone’s confidence for no reason; and in the second case, the question is really “Do you care about me?” That’s a lot easier to answer.

There are times when it will be necessary to tell a painful truth: “I don’t love you” or “You didn’t make the cut for the team/class/job.” It’s possible to cushion the blow, but that requires taking into account the other person’s feelings, not something a society that devalues emotions is likely to care about. I find this particularly important in the contemporary struggle around political correctness and safe spaces. In general, they are built on courtesy and compassion, on the simple idea of caring about others’ feelings when possible. Somehow, exaggerations turn into heated calls for “I’ll call you what I damn want and you’ll put up with it, bitch” rhetoric. Given that a perfect balance is not possible, personally I prefer to err on the side of kindness.

This leads to another theme, perhaps a central one: what is the best balance between reason and emotion? Philosophers have gone back and forth on that for millennia. Plato and Aristotle both felt reason should consider, but rule over, passions; David Hume felt otherwise: “Reason is, and ought only to be the slave of the passions, and can never pretend to any other office than to serve and obey them.” Kahneman got more psychological, proposing System 1 and System 2 thinking, one jumping in immediately to protect us from danger, the other one considering consequences but perhaps coming in too late; several contemporary philosophers, Jonathan Haidt among them, see morality and judgment as an emotional response – the quick, “hot” System 1 take – then System 2 is brought in to find a way to justify it. Cognitive therapy uses the concept of wise mind, a blending of emotional mind and rational mind, as a way of balancing two inputs into decision making. In all these examples, where the balance lies is debatable, but no one advocates sliding the bar all the way to either side.

Ben’s society slides the bar hard over and gives emotion zero weight, but you can’t tell me there isn’t more than a little surreptitious delight in some of the crueler episodes. Power might be the motivation, the ability to hurt others; but in his blog post analyzing the story, Jake Weber makes a great case for the essential role of shoelookers and other misfits in Ben’s society: they provide someone to feel superior to. This makes sense, in light of Ben’s evaluation of shoelookers:

And then there’s Nick and Raphy who are the class shoelookers. All they do is cry and moan. They were both optimized and still became shoelookers. Being emotional is all they are and it means they aren’t good for anything. I’m glad Samantha and Nick and Raphy are in the class. Because of them I’m not bottom/last in learning and I don’t wanna be overall bottom/last at all.

It’s interesting how differently the story reads in Friday Black, versus in BASS. I see a lot of little choices that give it depth. Some of the particulars of the world confusing, but, given the space of a short story, Adjei-Brenyah has done an excellent job of setting us up with what we need to know to understand Ben and feel a stake in his struggle.