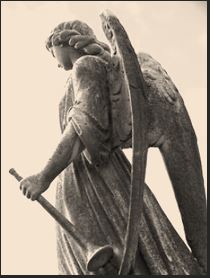 Out of quarry-dust
he comes running.
Running as a crab runs

its person, like that.
and the hackles of the land
rise up behind him.
*
On the sub-zero
Range-land the deer
bed down. He –

harrowed, and holds
rivers of snow
and forgetting – he

It’s too bad this isn’t available online. It’s a long poem, in terms of lines and pages (about 7) but because the lines are so short, it’s quite short really, about 600 words. A page or two in prose. Sections are marked off with bullets, composed of three to six stanzas each. And each section contains something important to the progress of the poem, which is why I wish it were online. I can’t quote the whole thing, after all. This too fits with our discussion of the relationship of poetry and flash fiction: it’s what the flash people would call very tight, all essential.

But the stanzas, the divisions, the structure is also important, something I might not have fully realized until I read it out loud, dictating it into a text file for quoting. The short lines make for very fragmented reading, reflecting a subject who may be fragmented himself. My impression is of a homeless man, perhaps mentally ill, perhaps autistic, perhaps just worn out and depleted of his resources; fragmented, thoughts running through him and into the poem.

There seem to be two settings: at first, we see him in a wilderness setting, maybe a western plain, a place of sheepdogs and sagebrush.

In the morning, he –

stooped and stretches –
signs a song of praise
from long-ago, while

a little sun strikes
a little frost
on the skin of the earth :

then sagebrush rattles
then out limps a tattered
sheepdog, thin and just like

Another reason I wish this were online: as printed in Pushcart, he signs, not sings, a song of praise. I hope with all my heart this is not a typo, because that little thing there is something like speed bump: slow down, pay attention. Notice the phrase enclosed in dashes, “stooped and stretches”, a slightly out-of-sync phrasing that appears elsewhere: “his hands are bitten and grease”, and made me stop and make sure I had it right.

It might also be a clue to the subject. Is he deaf or otherwise unable to sing? He hums later; maybe words are a problem. Is he from a culture with a gestural language? Or does he merely prefer it? It’s an interesting little quirk. And of course, it could be a typo, which makes it all the more interesting, adding in the mysteries of constructing meaning like a literary MacGyver defusing a bomb with a piece of gum and a fingernail paring. And, not for nothing, the Inverted Jenny is one of the most valuable of stamps, and various biblical printing errors are prized.

We then find out something more about this person:

He had a father
and a mother!
His dreams were

cathedral homes
for beetles, of which
there are 450,000

different species so far
identified. Or, Could you
takedown the heaviest

book from the top
shelf please? Read
to me more about

A is for Aviary ?
*
he would inquire.
Now sleep is all
the cathedral he desires

It’s one of those heartbreak passages, juxtaposing our subject in the past with the present. He once had a home, a home with lots of books, and loved hearing about beetles. Now he has no home, no mother or father, no books. What happened between then and now? I want to know.

The cathedral becomes a central image in the poem now as the scene changes to a city: “He lives on the steps / of the cathedral now. / Cardboard, wind tug / and rattle.” These are the accoutrements of the homeless: discarded cartons for mattresses, the elements. I also flashed on the medieval leper’s rattle, required of all those afflicted to warn others of approaching danger, but I suspect that isn’t really an element here. He points out the Angel Gabriel on the steeple blowing his horn, or maybe it’s a Native American (the term used in the poem; this is another insight into our subject, how he grew up, what he’s used to) with a peace pipe. He gives water to stray cats that gather behind the cathedral, because there’s no one else to do so, everyone having left the city for the summer.

The language gets more disorganized, or perhaps it’s just more symbolic. There’s something about a star and a certificate, about cheese for “for the mad dog who runs / through his memory // blinded.” A humming running through him like a tuning fork. And then a cryptic verse near the end:

Well, he whose
singing was a matter
of grave opinion

is now otherwise
employed. He is harness
and wind now, wind

The plot thickens. Was he a serious singer who failed a crucial audition? A pop star who hit the coke too hard? Or, and this is only because of the word grave, some kind of religious practitioner, a cantor or shaman, someone who sang or chanted for the dead or dying? It sounds quite free, to now be both harness and wind, or maybe something out of a Greek epic, the whip and the reins, impulse and restraint always fighting each other.

This is one of those poems that intrigues me, even though I don’t quite follow. Part of that is the subject, but it’s also the poem, which blends story and language in a way that makes sense to me.