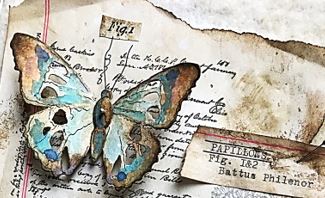 My thanks for these various emails,
and regrets for not responding sooner.
I was weighing myself on the old-fashioned scale
in front of the druggist. It delivers your fortune
along with your weight – “your wate and fate.”
Mine was, to say the least, distressing,
but, like all prophecies, contained
in the narrow groove of its delivery.

John Ashbery died in 2017 after a life of poetic greatness. Poetic dunce that I am, I only became aware of him about five years ago via the Modern Poetry mooc (Modpo) lovingly cultivated by Al Filreis at Penn. Ashbery was a featured poet during that iteration of the course; “Some Trees” became the source for my own vid-poem during my mesostic phase, and his “Instruction Manual” likewise found its way into my “When MOOCs collide” video. The haunting “As Long As You Are” were the last words spoken in the final live webcast of the course, and left many of us around the world in tears. So I have a strong affection for Ashbery.

What I don’t have is the expertise to do him justice. But I shall give it a might try, as this is likely the last opportunity I will have in these pages. This is, by the way, his first appearance in Pushcart, presumably because he rarely appeared in small presses.

In the category of happy coincidence, my Vermont Poet friend Patrick Gillespie put up a post just a couple of days ago that used Ashbery as an example of what he calls representational poetry as opposed to notional poetry. One of the many useful ideas I found there, one that seems quite specific to this poem we have at hand, is: “Ashbery disrupts any notional content with a kind of notional incongruence that defies the communication of a larger, consistent idea or notion.”

The above quoted lines seem congruent enough, but then again… Does the speaker imply that he didn’t reply to the email because he was busy weighing himself? Or is the apology dispatched with in the first two lines, and now he is merely sharing details of his life, starting with the weighing?

Do those old-fashioned scales still exist, other than on eBay? Is this a memory of days gone by? Or is this more of a daydream, a fantasy, or a metaphor for a more realistic scenario, such as a medical appointment, or perhaps the routine weighing of oneself on a bathroom scale and discovering significant, unintended weight loss? It seems very much like the delivery of personal prophecy, one with menacing implications.

That line, “contained / in the narrow groove of its delivery” resonates, not so much with considering the source, but with my cognitive-behavioral training, the recognition that words are neither good nor bad, kind nor insulting, encouraging or scary, but that our interpretation makes them so.

These are all somewhat mystifying but recognizable ideas. Then the poem goes into metaphoric hyperspace about “The French doors of truth” and, while the speaker’s eyes may be open, I am lost. I don’t know what the “tragically hemispheric wall of our deliverance” might be; I keep wanting to connect it to birth, to death as a birth into something else, something unknown, but that seems a bit fanciful and unsupported. All I come up with is, we know we must come to an end, and we don’t know what comes after.

But what are the apples, the painted rags? Somehow I connect this with Frank O’Hara’s poem “Oranges” which involved a painting, paint on canvas. They were close friends, sometimes wrote poems in conversation; could this be another of those, to one who’s gone before? But that may be comparing apples and oranges, and I may need to see someone about my loose associations.

I realize I’m fully invested in the poem as premonition of death. That’s not a completely unjustified option, but I wonder what I’ve turned away from as I turned to this. How much does my prior knowledge of Ashbery’s death, combined with the persistent elegiac tone of this entire Pushcart volume, bear upon this unconscious decision, and how much is in the text?

Then to end the poem we come back to the concrete:

The horoscope wasn’t wrong, only a little late,
while I have stuff to do, and crates to open.

The crates feel urgent to me. Somehow I come up with the image of unpacking from a move, but I have a move coming up soon so I might be imposing that on the poem. Has someone else died, necessitating a move or some kind of rearrangement of belongings, and the horoscope’s prediction was of a loss, rather than of personal misfortune? In any case, the turn is from contemplation of bad news, to more mundane and practical matters. This is a turn I should take more often.

I wonder if this is itself a letter to O’Hara, or what such a letter would have been like had O’Hara not died young. If Ashbery’s mortality was weighing heavily on him, he might have had an impulse to write O’Hara again. In updating to email, it would be as if the lapse in time, acknowledged in the first lines, wasn’t that important, as if he’d been corresponding with the dead poet all along.

This O’Hara connection comes up only because it happens to be something I am aware of. That’s the problem, isn’t it. I’m unaware of so much, perhaps there’s another reference that better fits the bill. I just read a commentary on one of the Umberto Eco novels which declared that it’s a puzzle for the reader to guess the historical and philosophical references within; I wouldn’t stand a chance. How can this referentiality work, when each reader has a different exposure to outside material?

What of the title? I read this medically as well: one episode of syncope, of chest pain, of some symptom that is a harbinger of more to come. It would be possible to see it as more of an episode in a series, as of a television series or the real-life program of every day living. But I am pretty much stuck on this coming to terms with one’s demise.

I went through some of the PennSound material on Ashbery and discovered a 1966 interview on “These Lacustrine Cities”. He distinguishes between obscure and incomprehensible, and asserts the importance of a poem communicating something, even if it is obscure, because it can be easier to communicate some things obscurely. I was most interested in his preface, in which he explained what he was thinking when he wrote the poem, but he adds, this “doesn’t bear on the meaning since no reader could ever know”. He was thinking of the ancient lake dwelling centers in Europe, Zurich in particular, settlements of thousands of years ago with houses built on stilts (if I recall my History of Architecture, similar structures existed in Japan and in northwest North America), now only left in ruins. While the poem does not specifically reference these settlements, knowing about them made the poem a lot more meaningful to me; or maybe I just enjoyed hearing it, who knows. And sure enough, his explanation of the poem didn’t include any references to anything specific, but to ideas, emotions, motivations anyone can access. Identifying them, however, is the challenge.

The “notional incongruence” Patrick raised is not necessarily a bad thing. We often combine unlike images, find inspiration for the sublime in the absurd. “One commonly reads something to the effect that Ashbery’s lines should be allowed to wash over the reader like evocative abstractions. In other words, like art,” says Patrick in his post. And here I am trying to nail down imagery, metaphor, to present them like butterflies pinned to a board, instead of enjoying their flight.

Where Patrick is less than enthusiastic about words as art rather than meaning (his sentence closing that above thought is: “That said, the purpose of language is to communicate. Full stop.” I’m pretty sure I disagree with this, but that’s between Patrick and me), Meghan O’Rourke expanded favorably on Ashbery’s less interpretable technique in a Slate article from 2005: “The best thing to do, then, is not to try to understand the poems but to try to take pleasure from their arrangement, the way you listen to music. It’s only then, for most readers, that the meaning begins to leak through.”

It’s a poem that evokes the hell out of me (but is it the poem, or the associations?), but also frustrates me as I fail to catch the butterflies. Maybe that’s the lesson I need to learn, to just enjoy the pursuit. But then someone will come along and explain every syllable, and I will again feel inadequate to the task, stupid, unworthy of the oxygen it takes to keep my fingers tapping.

Oh well. I should get to opening some crates of my own.

2 responses to “Pushcart XLIII: John Ashbery, “Just the One Episode” (poem) from Litmag #1”