The physiologist is going to ask two questions. One is, how does the organ and the organ system work? And secondly, what’s the advantage that this organ system provides to the body? As you go through our course, what you will find is that you will learn all the terms and concepts that deal with specific organ systems. But that importantly you are going to develop a working model to allow you to understand how these organ systems coordinate to maintain life in a constantly changing environment…. You eat a bag of salty potato chips, what happens? You’ve been training for a marathon, how does your body respond? When you’re actually running the marathon, what is happening to your body? And what happens if you maintain a low salt diet?

Yes, I’ve been doing guts again. But, rather than cadaveric dissections, this time formulas and pathways were the focus: how things work, rather than where things are. The material was at the perfect level for me: while there was some review of basic anatomy,

biology, and chemistry, it pretty much started where my knowledge starts to thin out, and covered quite a bit. It is intended as an intro to physiology, so there’s a lot more detail left for future explorations. The material offers it as a good review for the MCATs, so that’s probably a good estimate of the level: some background is necessary, but we’re still in undergrad territory.

I was very pleased with the content. The first week covered the fluid compartments of the body, a concept I’d brushed up against, but never really understood, in the MedChem course I took last year. These compartments turn out to be the foundation of physiology: the main job of our organ systems is to maintain homeostasis between intracellular fluid (cell cytoplasm), intravascular fluid (blood plasma), and interstitial fluid (everything else). A general overview of the endocrine system also started things off, since it’s nearly impossible to discuss anything else without the that. 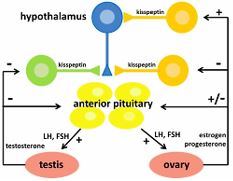 The first few weeks were very time-consuming, but those basics became the foundation for later weeks. I started the course a few weeks before the official start date, but time wasn’t a problem. As usual, I spent far more time than was strictly necessary, between entering things into Cerego and finding Youtube materials as supplements. 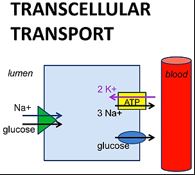 The lectures were a bit uneven. Some of them were great; others were hard to follow, and at some point became a flood of words. The transcripts weren’t much help in this case since they contained all the hesitations, restarts, half-thoughts abandoned in mid-word, but without the auditory clues to ignore them. However, what was very helpful was a lecture note summary outlining the lecture material. These were at a higher academic level, without a lot of preparation or metaphor to help with understanding, but combined with the lectures I found them invaluable. I wish I’d started using them before the last couple of weeks (stubbornness is my downfall again). Yet, again, I found the content to be great, which made up for any quirks of delivery. Example: I’ve been struggling with the different hormones secreted by the three layers of the adrenal cortex for years now, but one phrase – “salt, sugar, sex” – clarified everything.

I found the quiz material – some graded, some not – to be very well designed. Rather than a recitation of facts, most of the questions asked us to extrapolate from the pathways and processes covered and predict or explain the result of some action. I used Cerego for the rote stuff, but the in-video questions, the post-lecture practice quizzes, and unit exams were excellent opportunities to turn rote into reasoning. Example: “Increased delivery of Na+ to the principal cells of the renal tubule leads to increased…?” I was expecting one answer, but it wasn’t in the list; it took a bit of doing, but I realized another answer was, indeed, correct (and, in fact, turned out to be clearly stated in a lecture, though, hey, I can’t remember everything, y’know). Some units had fewer practice quizzes than others; I missed them terribly. It’s not just

that I’m weird and I like taking tests (which, well, yeah, why take a course if there’s no test?), it’s that it really helped point out exactly what I needed to understand better, before getting to the end of the unit.

The forums were sporadic. Staff – including the professors – answered technical questions, but most of the answers were repetitions of the lectures. I didn’t have any questions that couldn’t be answered by searching for a relevant post from past sessions (this course has been running for a while). As far as connecting with other students over a topic of interest, well, that just doesn’t happen any more.

I’ve overall been quite pleased with Duke courses, particularly their neuro and medical options; this one was no exception. At times things could get a bit wordy, but if the goal is to understand the basics of how the body works, this fits the bill very nicely.