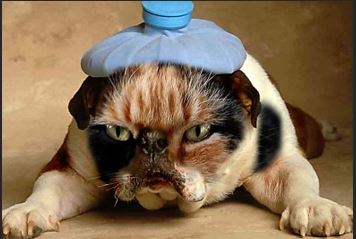 The dog was the color of a maraschino cherry, and what it had in its jaws I couldn’t quite make out at first, not until it parked itself under the hydrangeas and began throttling the thing. This little episode would have played itself out without my even noticing, except that I’d gone to the stove to put the kettle on for a cup of tea and happened to glance out the window at the front lawn. The lawn, a lush blue-green that managed to hint at both the turquoise of the sea and the viridian of a Kentucky meadow, was something I took special pride in, and any wandering dog, no matter its chromatics, was an irritation to me. The seed had been pricey—a blend of Chewings fescue, Bahia, and zoysia incorporating a gene from a species of algae that allowed it to glow under the porch light at night—and, while it was both disease- and drought-resistant, it didn’t take well to foot traffic, especially four-footed traffic.
Complete story available online at online at TNY

I’ve gone back a few times to figure out when I first realized what was going on in this story; it wasn’t in the opening paragraph. Oh, sure, a cherry-red dog is odd, but it was a scene of chaos and confusion, so I expected it to be explained in a few paragraphs – he’d been covered in blood, or paint, or maraschino cherry juice for that matter, something. Or the speaker was on drugs. The grass didn’t really strike me either, since most lawn grasses are hybrids; maybe it was a little weird getting down to the gene level, but again, I chalked that up to the speaker’s point of view. What I wrote in the margin was simply, “Colors!”

It’s a credit to the story that it took me so long to realize this wasn’t stylistics or character, but genetic engineering via CRISPR-Cas9. I mean, I’ve taken moocs about this stuff. And Tim Blais at Acapella Science made one of his most spectacular videos on the subject (seriously, even if you’re not interested in genetic technology, his riff on “Mr. Sandman” is extraordinary, go take a peek). So for the introduction to smoothly dive into near-future speculation without a lot of heavy-handed exposition is a credit to the story. Or maybe I’m just dense, but I’d rather go the other way.

Once the setting is nailed down (and there’s plenty of heavy-handed exposition in the middle for those who haven’t been spending a lot of time in biomoocs) the story’s a tragicomic romance about a couple of neighbors bonding over the micropig killed by the cherry pit (the name the marketers came up with for the maraschino-red dog) and the out-of-lab procreation that results…. But screw that, my favorite part is the crowparrots.

(I don’t know if you have crowparrots in your neighborhood yet, but, believe me, they’re coming. They were the inspiration of one of the molecular embryologists at the university here, who thought that inserting genes from the common crow into the invasive parrot population would put an end to the parrots’ raids on our orchards and vineyards, by giving them a taste for garbage and carrion instead of fruit on the vine. The only problem was the noise factor—something in the mix seemed to have redoubled not only the volume but the fury of the birds’ calls, so that you needed earplugs if you wanted to enjoy pretty much any outdoor activity.)
Which was the case now. The birds were everywhere, cursing fluidly (“Bad bird! Fuck, fuck, fuck!”) and flapping their spangled wings in one another’s faces.

When you consider that parrots only repeat what they’ve heard often enough to learn it, it’s pretty hilarious. It’s all a terrific situational setup.

But… does the story go anywhere after it’s set up? You’ve got a guy caught between new and old – his wife impregnated with a custom embryo via CRISPR, the neighbor who he just impregnated the old-fashioned way – and a teenage girl as an onlooker. Just as the story finishes the exposition and is ready to really start, it ends with a hint that the new world is going to destroy itself, just as the dogcat destroys the crowparrot.

In his TNY interview with Deboran Treisman, Boyle commented at length about his concerns about CRISPR. It’s a valid concern. But I’m brought back to something Heidi Pitlor wrote in her Foreword: “…fiction tends to be more successful without forceful agendas”.

I loved Boyle’s Burrito story from Pushcart XLI. I mentioned then that I wondered if I’d been a little harsh on some of his stories in the past. I think it’s more the case that, for me, he’s hit or miss. That one was a hit; this one’s a miss. But obviously other people liked it. Or maybe they liked the issue.