It could have been a car door
leaving that bruise, 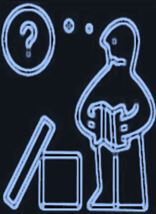 as any mom knows,
almost anything could take an eye out,

and almost anybody could get their tongue
frozen to a pole,

which is kind of funny
to the point of tears
plus a knee slap or two
that an eye can be made blue, pink
by a baby’s fist, it fits
perfectly in the socket. It’s happened to me.
Get it?
Complete poem available online at Poetry

A brutal poem, but in vocabulary, it’s also a very subtle poem, as subtle as the excuses the abused tell for their injuries. Lots of words of injury in innocuous contexts: tears, slap, sock-et, and hands, lots of hands.

My favorite line is almost comic: “For me, a woman’s tears / are IKEA instructions / on the European side.” I’m not sure what’s so hard to figue out, but I guess I’m the wrong one to ask.

I found myself uncomfortable as I read, at least until it gets into more analytical territory:

I’m sure for Laius, Oedipus’s father, it was the same.
Think of him sleeping
after having held a crying Jocasta
because they had fought for hours
because she was stronger.

Who knew better the anger of young Jocasta?
Knew that when the oracle, or the police,
come, they are taking someone with them.

I’m sure Laius looked at the crib
and thought better you
than me, kid.

I’m not sure I understand the reference to Jocasta’s strength. Though she had nothing to do with Laius’ sins that brought on his curse, I always thought of her as a full participant in the abandonment of the baby Oedipus. I’ll give her mixed feelings, that she might be devastated as she pierced his ankles. I do love that sense of Laius trying to weasel his way out of another scrape. Excuses. Always excuses. The man gets the title; the woman gets the blame, the woman and her tears, her strength, damn her.

I had a hard time getting a grip on this one. That doesn’t mean it didn’t hit squarely on point, just that I’m not able to come up with much, or am not willing to publicly come up with much. It might be one of those things you get or you don’t.