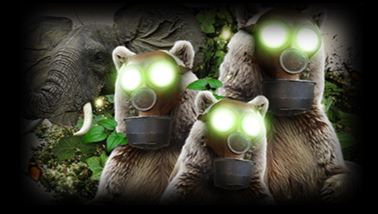 Once, when I was convalescing, I was sent to a farmhouse in the country. No one there knew I had been sick. A woman came to cook in the evenings, and her daughter would appear at odd hours with a mop and bucket, keeping the place clean. There were many kinds of tea to be found in the kitchen, and a woven tray on which you could arrange the tea things. Also there were deep old wooden chairs lined up along the front porch, so you could sit as long as you liked, looking out over the fields, the trees, and sometimes even the mountains if the sky was truly clear. Because of the porch and the tray and the slow way the day ended, I felt, in this place, though no one knew of my miscarriage, as if I were being gently attended to, as if all the demands of the world had been lifted away, and that I should rest.

I’d like to announce the naming of a previously known but unacknowledged disorder among readers: Protracted Furrowed Brow Syndrome (PFBS), contracted when you’re never quite sure what’s going on in a story. Fortunately, it’s only mildly painful. A glance at the Contributor Note, as well as a second read, often effects a reversal of symptoms.

The initial stages of my PFBS were barely noticeable, within normal limits of any reading experience where I hop on someone else’s train of thought. Opening with a line like “while I was convalescing” set the scene, and hinted at more details to come. But then came the narrator’s conflation of sickness and miscarriage: did she have a miscarriage because she was sick? Or was it the other way around, and complications of the miscarriage became the sickness? Or is the miscarriage itself the sickness? That led to some contemplation about how I normally wouldn’t think of a miscarriage as a sickness, but then, what would it be called? Perhaps the term sickness brings in the psychological heartsickness that followed, but further details revealed this pregnancy was not expected and the whole relationship was less than forever-after in her mind. Is her ambiguity part of the sickness as well? Or is it an engagement device, a way to get the reader asking questions and thus reading on in the hopes of finding answers?

Also peculiar was the aspect of being sent to a farmhouse, which appeared to be some kind of rustic hotel, to recover, until it became clear it was more of a writer’s retreat. But between the impression that someone had authority to send her somewhere she was not otherwise inclined to go, and the realization that she was there of her own volition and for her own purpose, I experienced more progression into the initial stages of PFBS.

This area remained practical and suspicious. At frequent intervals, sometimes only two or three trees apart, the signs were posted: PRIVATE PROPERTY, they said. Then came a list of numerous activities, followed by the words STRICTLY FORBIDDEN, and for final emphasis, the phrase SHALL BE PROSECUTED. As if these yellow signs left room for doubt and interpretation, some people had gone to the trouble of making their own: NO VISITORS, said one. NO TRESPASSING, said another. And even the cornfields were wrapped around with barbed wire. But not once did I see another person walking along the road.

The retreat itself, and the surrounding environment, delighted me and seemed just right. My brow relaxed a bit: ok, now I know where we are, the forbidding signs, the atmosphere of unseen threat (all around us, whether of trespassers on a deserted road or of pregnancy in a routine relationship or of miscarriage with the uncertainty that brings under even the best of circumstances: Am I ok? Will I ever?) and, charmingly, the house that becomes a trigger for her idyllic fantasies. I’ve done exactly that, decided that the people who live there – or, once, the veterinarian who practiced there – must be wonderful, because assholes would never have a house that so fit into my idea of family warmth and kind generosity, a house that looked so much like me. And, of course, we often imagine wrong.

It was during the running scene that PFBS truly blossomed. I understand that some people like to run, but for someone who hasn’t done a lot of running, and was still convalescing, she seemed to run for a very long time over quite a distance. My brows didn’t try to shake hands, however, until the bleeding started. And then she went into the fantasy house. Who does that? Is this a dream, a fantasy? Her reaction to Jerry Roth made me downright angry, which probably transferred to an irritation with the whole story.

And as the man drew closer, I understood more and more clearly the size of him. He moved laboriously, shuffling more than walking, halting every few steps to catch his breath. His head shone and his shoulders heaved. The hem of his bathrobe fluttered above legs that looked at once curdled and bloated, swollen to the point of bursting. His leg flesh drooped over his knees.
I knew but did not accept that this man approaching the house was Jerry Roth…. It seems impossible that the man responsible for this house was the same as the huge, repellent person kicking at his lawn. I was too inexperienced to understand how the two were not at all irreconcilable.

I think I barely skimmed the last couple of pages before turning to the Contributor Note and finding the key: Fairy tales. Oh. Silver Hair, indeed. The Bears. I get it. Would I have gotten it if not for that note? No one else seems to have had a problem with it. Are Junot Diaz, Heidi Pitlor, et al, more familiar with fairy tales, or just smarter than I am, or just more used to seeing such things, or at least more familiar with Bynum’s specialty, which is incorporating fairy tale plots into contemporary stories? Or am I just stupid? I suppose the name Robert Southey should have been a clue, but it seems I’m not up on my Lake Poets or my fairy tales.

I read the story again, and somewhat to my surprise, liked it quite a bit (I kept thinking of a line from Alt-J’s “Handmade”: “There’s bears in the wood and they’re out to get me, and I’m safe from harm if I stay in this chalet”) until the last couple of pages. I was done before the story was – and I don’t mean that in a negative way, but I felt a satisfying conclusion towards the bottom of page 66 and I still haven’t really read the remaining paragraphs. I have a hard time believing neither Glimmer Train nor the BASS crew would’ve noticed that Bynum wrote past the ending, so maybe there’s some treasure there I’m missing; that’s fine, I’ll get it on the next pass.

I’m still puzzling out a few things: What is the thematic connection between the fairy tale – trespass, pickiness – and the narrator? The passage on blondeness seems particularly shoehorned into the story: does the character think blondes don’t have miscarriages, or ambiguity, or writing block? Jerry Roth is clearly Pappa Bear, but there were three bears: who are the other two? The boyfriend? The non-baby? The book on William James? Or am I interpreting too rigidly? And speaking of William James, I found the description of his work on emotion to be fascinating, and I realized I’d heard it before. It’s been incorporated into various cognitive-behavioral therapeutic techniques under the heading of “anxiety/sadness/anger is just what you call this collection of somatic sensations, so stop calling it that and you won’t be anxious/sad/angry any more.” Such is treatment in a world of cost-driven medicine.

What’s the treatment for PFBS? Better reading skills? In the meantime, the only prolonged effect is wrinkles, and at my age, who cares.