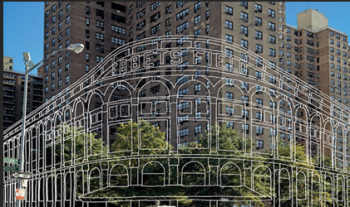 A bald man buddied up to me in the elevator, but he was no buddy of mine. He was much older than me, yet more or less exactly as tall, not counting my hair. He was holding a brown paper bag over his crotch.
“Does this go all the way to the roof?”
I made a big show of putting my newspaper down and turning my head.
“What the hell do I know about the roof? What would I do all the way up there?”
We stood still as we moved up the building.
“Just a friendly question.” He licked the bottom of his mustache with the tip of his tongue. “Hey, do you like candy beans?”
There was no one else on the elevator; then the doors opened, and a woman in a green pantsuit stepped in. She looked at us and moved to the other corner.
“Who doesn’t?” I was angry.
The man opened up his paper bag and dug around. He offered me an assortment in his palm. I took three of the red and four of the purple ones.

As I’ve said before, I don’t review books or stories; I don’t know how. I just react to them. That’s never been more the case than here, because I have no idea what’s going on with this one.

Is this a paean to one of those literary schools I’ve never studied, like post-structuralist neo-Freudian anti-colonialism? Or an Oulipo-style thing, where each word has a prime number of letters and an alternating parity number of vowels and it isn’t apparent how brilliant it is until the constraints are understood? Nah, too normal for that. There just seems to be a lot of important symbolism I’m missing.

Everything seems highly significant (holding the bag over his crotch?) and thoroughly extraneous (is a green pantsuit supposed to mean something?) at the same time. Height seems important; not just the height of the narrator and the bald man, but the heights of buildings and the levels of the floors on which the narrator has worked. Given the automatic association of height with superiority, I have to assume that isn’t an accident, that it has meaning in the context of the story. I even drew a diagram of the narrator’s building so I could

understand the floors, since the wording seemed strangely convoluted (and something that’s simple, but is worded convolutedly, often means it’s important).

Once I start drawing floor plans, I know I’ve lost my way. So I did something a bit unusual: I sought professional help.

I noticed the story was nominated by Marc Watkins. I’d encountered his “Two Midnights in a Jug” several years ago in my first-ever Pushcart read, and he left a kind comment. So… I emailed him, and asked him why he nominated the story, what I was missing. The kind of email that gives the impression I’m a little bit nuts (as I am – but harmlessly so).

Turns out, sometimes you can depend on the kindness of strangers: Marc answered.

The story is an odd duck, but that is what drew me to it. The plot seems to spiral in and around itself, threatening to collapse under the weight of details that range from the mundane to the bizarrely specific. There’s a claustrophobia in it that reminds me of Kafka, yet the world never feels so alien that you lose connection with the narrator…. May be the story hints at something profound, or perhaps it is a stylistic exercise; regardless, the reason I liked the story and nominated it is because something moved me while reading it. The alienation (which seems to be a major theme in the narrative) was similar to how I feel in some of my writing, even though I grew up in the polar opposite environment than the world described in the story, I felt a connection. And in that small way I felt the narrator and myself were kindred.

I felt a little embarrassed. Here I’d just done a passionate defense of not barreling headlong through literature in search of The Meaning in my reaction to Sandra Lim’s “A Tab of Iron on the Tongue”. I’d just read, at my library’s quarterly poetry share, Billy Collins’ “Introduction to Poetry“). And that’s exactly what I had done wrong: I was all focused on [ What does the mention of height mean? What does the bald man represent, why all the sweets – candy beans, a cookie store (what the heck are candy beans, and I’ve never seen a cookie store) – and what’s with the baseball game? A floor plan? That’s about as tie-that-sucker-to-a-chair as a reader can get ] instead of: trust the story to take you wherever it’s going. It’s a Pushcart story. It can be trusted.

I read it again, this time looking out the window to see Paris instead of non-stopping it to the Rome of Meaning. And by golly, it worked. No, I still don’t know what’s going on. But I just enjoyed the ride, and came across an obvious question: Why does the narrator bother with this guy at all? Why on earth would he get into a car with someone who appears to be a stalker, if a relatively harmless one? For that matter, why is the bald man pestering him?

He got up beside me at the counter.
“Hey, buddy, I got an idea. Do you like ball games?”
The woman at the counter was asking me about my order. Here eyeballs rolled in their sockets.
“Sure,” I said. “Everyone likes ball games.”
“Let’s go to the ball game. You and me. Just tow guys watching a ball game. What’s wrong with that? I got an extra ticket.”
I didn’t look back at the man, but I felt his hand pressing down on my shoulder. I could tell he was going to keep bothering me. He was like a lost mangy dog I’d accidentally fed scraps to.
“Just this once.” I sighed. “One ball game.”

What is the relationship?

That’s a lot more interesting than the significance of green, isn’t it.

Once I started down that road, a lot of things coalesced. Tiny details – the reciprocity of the hand on the shoulder. The two bystander women looking askance at the pair. The narrator treats the bald man like a kid at several points: the “Just this once” of the above passage, the scolding about the messy car. Maybe the bald man is some kind of “inner child” if you will – yes, he’s initially described as a lot older, but he’s acting like a kid, there’s a great deal of candy and cookies, and a baseball game, and wheedling.

Once I let myself got that far, I found the narrator’s hand on the bald man’s head to be sweetly tender, the bald man’s disappointment to be heartbreaking. You made your choice, pal. Tall buildings, not baseball games. And, until the bald man came by, you never even realized you’d made a choice.

We were getting somewhere now.

Thanks so much for your help, Marc. I would’ve missed Vienna, if it hadn’t been for your remarks.