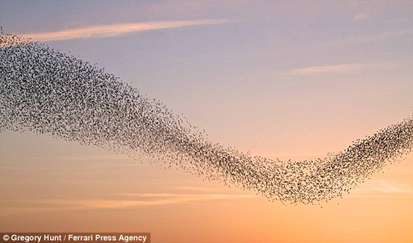 We strode the halls of the overeducated. Ideas were our battlefield…. On the first day, the department chair told us to look around the room, because more than half of us would not walk out with a PhD. Some would leave. Others would be screened out of the program at the discretion of our professors. When we saw someone open a slim white envelope and run out of the mail room crying, we were relieved it wasn’t us. And we pretended that we had known all along that our newly departing colleague wasn’t cut out for a PhD anyway…. Sometimes we thought of quitting ourselves, but we couldn’t bear the thought of those still standing thinking that they had predicted our departure all along.
Our ambition was a clawing, grasping thing.

How much you enjoy this story (available online; requires registration that is free and painless) might depend on your feelings towards the bureaucratic hierarchy most central to your life: not necessarily the academia in the story, but maybe a corporation, government bureau, military unit, or church (don’t laugh; you haven’t seen a power struggle until you’ve seen what happens to a minister who suggests something new for the Christmas pageant). I found it hilarious.

The academic setting particular to the story adds a certain tang to the satire, since somehow it’s assumed by non-academics that serious scholars are above all the ambition stuff. “Academic politics are so vicious precisely because the stakes are so small” is often attributed to Henry Kissinger, but there’s a lot of competition for the title of originator, going back to Samuel Johnson in 1765, which gives you some idea of how deep into the Academe this goes. For the record, my brushes with academia have only been at the lowest levels; still, this fiction piece felt more believable to me than the non-fiction I’ve read in the anthology so far.

Maia is a grad student in… I’m not even sure what, linguistics, literary theory? Or, more accurately, she was a grad student, until, to everyone’s surprise, she got the slim white letter. Her fellow students are bewildered, since she’s a great student. And, these being scholars who are too smart to know anything, they start scholaring:

Maia’s case carried the heady risk of profaning the sanctified halls of our graduate program with suggestions of the bodily, unintelligent matters that plagued the masses who read bestsellers and tabloids. We theorized about masculinist modes of signification and sexism, but the actual thought of something akin to a sex scandal had us salivating…. It helped that Maia was beautiful.
…Maia was of us but unlike us. Voluptuous and half-Italian, given to red lipstick and leather boots, coy but effortlessly popular, she inspired brainless lust and pangs of envy. She reminded us of things we thought we were too clever to hanker after, such as popularity and charisma.

This is where the first person plural point of view – the “we” voice that sometimes feels like standard first person until you realize there’s no individual narrator – is at its most effective: the examination of flocking behavior. Flocking, or murmuration, is pretty interesting stuff (and beautiful). Ever wonder how birds fly together? Seems it boils down to three things: separation, alignment, cohesion. These principles have been quantified for computer graphics, and serve as useful templates for understanding all manner of traffic flow and crowd dynamics.

Then there’s the virtual crowd: think trending. Were you on Twitter the night Justine Sacco tweeted about AIDS in Africa? Baratunde Thurston, a tech guru/comedian/author I follow, forwarded her tweet, which is how I saw it. Baratunde has a very ironic sense of racial humor (his hilarious book How To Be Black has a chapter titled “How to be the Black Friend” for pete’s sake) so I didn’t think much about it; I figured it was someone he knew making disdainful commentary about popular misconceptions linking the disease and race. Within an hour, the previously obscure Ms. Sacco became the Worst Person in the World; before her flight landed, her Twitter account was suspended and she was fired within 24 hours (granted, her tweet showed a grasp of the basics of communications that probably would be insufficient for the Communications Director of a PR firm). Something took over on Twitter in that hour: murmuration. Remember Sharknado, Wendy Davis, “Time for some traffic problems in Fort Lee”? Good news and bad travels fast these days; you’ve got to be paying attention to catch the right bandwagon.

The same kind of murmuration happens in this academic department, as outrage over Maia’s dismissal mounts and corrective actions are planned:

We had to do something. Too educated to take to picket lines and slogans, we organized a graduate student committee that would communicate to the faculty our concern about the lack of transparency in screening procedures. Now that we questioned the process, the signs were everywhere.

Just like the starlings change direction en masse in seconds, so do these students. I’ve been in rooms that turn the way the room turns in this story. This too blends nicely into the overarching Truth theme I’ve seen running through these first few Pushcart pieces: Truth undergoes four dramatic shifts in this story, including one spectacular shift in the last sentence; you could count more if you look at the nuances of the second, “analytical” phase. No wonder there’s a growing concern for the validity of the very existence of “Truth”. And as far as I can tell, we never find out exactly what happened with Maia.

I won’t go further with the details of plot; Zaman handles the shifts perfectly, and you’d be better off experiencing them through her voice than mine. If you’re surprised by the turns things take, you’ve never tried to set up a bake sale to raise money for your kids’ soccer team uniforms.

Murmuration. Maybe it’s hard-wired, in the part of our brains we share with birds.