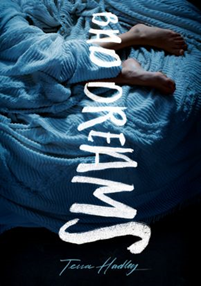 She had dreamed that she was reading her favorite book, the one she read over and over and actually had been reading earlier that night, until her mother came to turn off the light. In fact, she could feel the book’s hard corner pressing into her leg now through the blankets. In the dream, she had been turning its pages as usual when, beyond the story’s familiar last words, she discovered an extra section that she had never seen before, a short paragraph set on a page by itself, headed “Epilogue.”

I’ve griped enough about the deluge of Tessa Hadley work that’s flowed through TNY over the past couple of years, so I’ll just acknowledge my attitude and move on to the story, available online.

Told in three parts, it’s comprised of a shifting set of relationships that come together at the end. First we have a young girl who dreams a terrible epilogue to her favorite book. If dreams are subconscious images (and I don’t believe they can be anything else, really), it’s very interesting that she sees the dullest of the characters, the one she’s paid the least attention to in her reading of the book, as the only one who survives. She’s horrified at the phrasing of that survival, however: “Still, the idea of her ‘ripe old age’ was full of horror: wasn’t she just a girl, with everything ahead of her?” It’s a kind of coming-of-age for the child, as she realizes that time passes, that we get old, and we eventually die. She re-enacts the chaos she feels by turning over specific furniture in a particular room.

In the second section, we meet the child’s mother. She, too, awakens in the night, but she awakens not from but to a bad dream: she sees the furniture in her husband’s study, and assumes he has committed this violence:

From now on, she would hold on to this new insight into him, no matter how reasonable he seemed. Her disdain hurt her, like a bruise to the chest; she was more used to admiring him. But it was also exhilarating: she seemed to see the future with great clarity, looking forward through a long tunnel of antagonism, in which her husband was her enemy.

So she, too, has a coming of age, an awakening to the future. What makes this all very interesting is that both the child, and the mother, determine to keep their furniture encounters a secret.

At first, I saw this as a play on a conceit long popular in comedy, but one that I find annoying: the secret kept for no good reason other than it drives the story. Alan Brady wants Rob to patch up a script by a famous author, but won’t tell the famous author so he doesn’t get cut from the play; thus Rob has to hide in a closet and pretend to be a tailor to keep the secret. And of course, at the end, all is told, and everything works out fine (except a more famous ghostwriter gets the job – this episode was just on the other night, yes, I watch 50 year old TV shows sometimes, it’s better than Real Housewives). The secret creates the story, but it’s senseless.

I think there’s reason for the secrets in this story, though, and I think those reasons illuminate character (see, you thought I was going to blast Hadley, didn’t you? I do my best to give credit where credit is due). The girl is probably afraid of getting into trouble for overturning the chairs, sure, but I think there’s a bit more than that, she’s still new to this very scary idea that she will grow old – that a “ripe old age” awaits her – and that she and her family, some day, will die. To explain it would be to give voice to it; that would make it real.

The secret the mother keeps is far more interesting. In the lead-up to the discovery of the chairs, she’s realizing how wasted her life has been:

She should have been a painter, she thought in a flash of anger, not a housewife and a dressmaker. But at art college she’d been overawed by the fine-arts students, who were mostly experienced grown men, newly returned from doing their national service in India and Malaya. Still, her orderly kitchen reassured her: the scene of her daily activity, poised and quiescent now, awaiting the morning, when she’d pick it up again with renewed energy.

I think she’s just itching to hate her husband, and the overturned chairs give her the reason.

The third section brings the family, mother and daughter both dealing with the leak of their respective subconsciouses in the night, together for breakfast. In the kitchen, as it happens: Mom’s orderly, reassuring kitchen, where she’s making bacon, just like hubby’s mom used to do for him. What’s interesting is the way Mom’s frustration gets passed along to the daughter when she refuses to allow her to read the book from the dream – unaware, of course, of its significance.

This is a story that so naturally projects into the future, I’d assumed it was another excerpt, but from Hadley’s Page-Turner interview, it seems not

Overall, I got a lot of To The Lighthouse from this story, but I suspect that’s just because it’s in three sections, it’s set in between-the-wars England, the husband is a philosopher, and Mom is repressed into frantic domesticity while dreaming of having been a painter. I’m sure there are dozens of stories that meet those conditions. (Ok, so it’s Lily in Lighthouse who’s the painter, not Mrs. Ramsey, but still).

Addendum: I like the way TNY has deviated from their traditional page design for the story art. They’ve done this a few times this year, and it’s been quite interesting to watch the variations emerge.