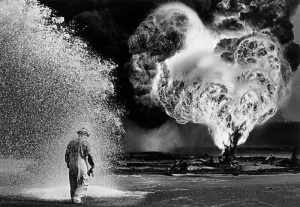 These days everybody wants to know what you were doing when the world came to an end. Fools make up all sorts of vainglorious self-serving plep – but me, I tell the truth.
I was chasing a girl.

We know from the opening that the story is told from the vantage point of the future, after the world has come to an end. So we assume it’s going to be about the end of the world. In a short story, it would be, but this is the beginning of a novel-in-progress, so it’s about the lead-up to the end of the world. I won’t go into my spiel again about how pissed-off I get about this; you know the drill. But it’s a pretty good half-story.

The voice is what sold me. And I’ll admit, it’s also what made it a challenge. I’ve got enough vague familiarity with Spanish to pick my way through the occasional phrase in an English story, but here we have not only Spanish but Dominican/Spanish slang (jeva, janguiar, lemba, coro), some South Asian currency indicators (lakh, crore), future words (glypt, the Whorl) and maybe, I don’t know, current English slang (plep?), and being pretty dense about all of them, I had a hard time telling what was a neologism (“glypt” seems to be similar to email, and the Whorl might be the future Internet) and what I could look up. But most of it’s pretty intuitive. To be sure, it created a world. And an interesting one at that

The narrator, unnamed, is a nineteen-year-old student at Brown who goes with his sick mom to stay with family in the Dominican Republic for the summer: “Say what you want, but her family on the Island was still more reliable for heavy shit, like, say, dying, than family in the North.” He doesn’t hang around much, though. He feels weird around his sick mom, because, as he explains, he’s nineteen and nineteen is all about being shallow. And it’s not like he could help, since Aunt Livia is doing the heavy lifting:

Maybe I’m just saying this to cover my failings as a son.
Maybe I’m saying this because of what happened.
Maybe.

Ok, call me a sucker for style, but I like that. I especially like that the narrator epitomizes the family in the North that isn’t any good at taking care of the dying, unlike Livia, the DR family. Mom knew what she was talking about.

He gets in touch with Alex, a guy he knows from college. They aren’t really friends, seeing as Alex is rich, but they’re both arts types (Alex is into photography while he gets his business degree, and the narrator wants to be a writer) which, in this future capitalism-obsessed world, is a weird thing. It’s actually pretty weird right now, if you keep listening to talk of college in terms of earning potential. But I guess it gets worse. Oh, goody.

As it happens, the end of the world has been going on in Haiti for a while by the time they get there, in the form of a fungal disease. The means of transmission is unknown. The symptoms become more and more bizarre as the disease evolves: people start growing together, and they howl in unison a few times a day. But it’s only poor Haitians, and they’re being quarantined, so who cares. Remind you of anything?

The story alternates between tracing the progress of the disease – it becomes a character itself – and progress of the narrator, who is pursuing Mysty, one of Alex’s friends, to no avail. Alex is an interesting character, full of contradictions. He works hard, studying philosophy at Brown and business at MIT, he’s proud of being Dominican, and yet:

For all his pluses Alex could also be extra dickish. Always had to be the center of attention. I couldn’t say anything slightly smart without him wanting to argue with me…. Treated Dominican workers in restaurants and clubs and bars like they were lower than shit. Never left any kind of tip. You have to yell at these people or they’ll just walk all over you was his whole thing.

And yet he wants to be “either the Dominican Sebastião Salgado or the Dominican João Silva.” An interesting mix, yet not unheard of, for an activist committed to social justice to be unconcerned about those who are right next door. Of course, he could just be in it for the thrill, and the fame, rather than the activism:

He was also the one who wanted to go to Haiti, to take pictures of all the infected people. Mysty was, like, You can go catch a plague all by your fool self, but he waved her off and recited his motto (which was also on his cards): To represent, to surprise, to cause, to provoke.
To die, she added.
He shrugged, smiled his hundred-crore smile. A photographer has to be willing to risk it all. A photograph can change todo.
…
Me, I didn’t want to change nada; I didn’t want to be famous. I just wanted to write one book that was worth a damn and I would have happily called it a day.
Mi hermano, that’s pathetic to an extreme, Alex said. You have to dream a lot bigger than that.

The end of the story is a helluva teaser. In an effort to contain the thusfar-uncontainable disease, the quarantine center is bombed (a doctor, who will no doubt feature prominently in the novel, covers one eye to watch, and burn out the retina of the one that saw Them), and all hell breaks loose when the disease fights back with “an electromagnetic pulse that deaded all electronics within a six-hundred-square–mile radius.” And the trio head for Haiti, to see what’s really going on. The end.

Half a story. Damn.

Diaz’s interview is very much worth reading for insight into his process:

A couple years ago I got to thinking that our world has so many blind spots, so many places and people it intentionally doesn’t want to see—if some menace began to coalesce in these spaces, our own unseeing would, in fact, blind us to the danger…. As for the infection, once I knew what it wanted and what it would do and how it would defend itself, I found myself reaching for the paper, when I started writing for real.

I tend to get impatient with post-apocalyptic novels, because while the setup is often unique and interesting, at some point it’s an army of good guys, an army of bad guys, and some wise old man talking about values. It seems the wise old man in this case might be a 16-year-old girl named Isis, but I’m still reluctant.

From my usual tour around the Internet, I see a lot of TNY fiction bloggers who are tired of Diaz’s voice, his interspersing Dominican slang and now adding in future tech. Maybe it’s good, then, that I haven’t read much of him, because for me that’s what created this world and drew me in as much as it did. And it’s far more of a science fiction story than the other two stories I’ve read in this “Science Fiction” issue. Of course, I’d have liked it much better if it had been a full story. But, for a half-story, it isn’t half-bad.