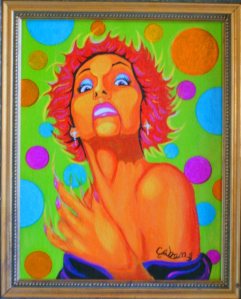 Hil lied at A. A. meetings. There she led a life of sobriety; there she had not had a drink for eleven months now. Soon she would reach her fictitious one-year mark. When she told Bergeron’s story, she was at least telling the truth. But was it a story? Twenty years’ worth of half-known information, neighborhood gossip. She’d told it at two different meetings, starting at different places: the naked visitation, the phone call to Child Protective Services. She could also have told a version that began with Bergeron campaigning for city council, using Hil’s coffee table as a soapbox, she and her husband both horrified and amused by their new neighbor, still newlyweds themselves, their moving boxes barely unpacked, their son a few years in the future. Or she could have begun with the homeless man who’d been discovered lying beside Bergeron’s kidney-shaped swimming pool one night…who would have died had Bergeron not summoned an ambulance, had she not moved with surprising speed to get him aid.

There’s no better storyteller than an addict, and no better venue for storytelling than AA. The story we tell, and how we choose to tell it, is itself our story, saying as much about us as the story does about the subject.

I’ll admit, I was too entertained by the opening scene of Bergeron showing up at Hil’s door one night, naked except for a plaid porkpie hat and carrying a toothbrush “like a flag or a flower or a torch,” distraught by her inability to get arrested, to really think about narrative technique. So I was amused by the story, and interested in some astute psychological observations (and dismayed by other seemingly off details, like no one at the AA meeting calling her on her bullshit), but not really impressed. Until, that is, I read Nelson’s Book Bench interview where she explained the origin of this “layered storytelling” technique:

I had a difficult time figuring out how to capture the full range of her personality in a short-story format. To expedite this, I decided to give my own problem—summing up a character—to a fictional being. Now the problem is Hil’s. And she has a ready-made venue for storytelling, or trying, anyway.

That’s a major writing tip – having a problem with your character or your plot or something else in your story? Make the problem part of the story. I’ve actually done this, in very minor ways, before, but here is a solid lesson on the advanced technique.

The story is about Hil, of course, as much as she tries to make it about Bergeron. Bergeron is a great character – “some composite of Miss Havisham, Norma Desmond, and Scarlett O’Hara” – but like the hero’s sidekick in a movie, she’s the mirror, not the star.

Hil isn’t without insight, though it’s distorted and incomplete. She recognizes all the tricks Janine, the morbidly obese roommate acquired after her divorce, pulls: she’s never seen her eat, she keeps chocolate in the freezer to restrict access though she broke a tooth that way (“Addicts, Hil marvelled: so dedicated!”). All the while she picks her AA meetings by their proximity to bars, and has her little post-meeting drink with fellow AA member Joe (who hasn’t had a drink in years, but it’s been two hours since his last Xanax and he’s counting the minutes until his next one). Hil is very good at sniffing out lies and denials, perhaps because she’s so good at those techniques herself. She isn’t fooling her teenage son, Jeremy, who is required to attend Al-Anon as part of the custody agreement; he knows when he’s “the only unintoxicated person in the room” and he’s perfected the “sober, scornful glare” to convey that awareness. If only Hil realized it was meant for her, not Bergeron.

But the story is about the story, I think. The title “Chapter Two” within the story itself is what Joe calls the events of a few days after Bergeron’s naked visit:

Joe said, “You didn’t share the part about Bergeron Love being dead now.”
“Yeah, well, that part would kind of ruin the fun, wouldn’t it? Everybody would get all ashamed when they found out they were laughing about a dead person, right?…
…”You could tell the dead part next time, like it just happened. A follow-up on the first story. Chapter Two.”

The end of the story, however, gives us what I think is a better look at the real Chapter Two. After all, that is the pattern here: Hil has an insight about someone else and never relates it to herself, but it’s there for the reader to ironically connect. So Chapter Two is fully revealed only by the last paragraph:

Meanwhile, Hil had found a new meeting to go to, one so close to her house she could walk there. Handily, there was a pub situated on the route home. Maybe at this meeting she’d start the story of her eccentric neighbor by talking about the son as a teen-ager, Allistair trying to keep his mother from trouble at two or three or four in the morning, calling to her uselessly, “Please come back inside, Mom! Please get ut of the street!”

Does Hil see Jeremy in that scene? Of course not; it’s only Chapter Two. But maybe before they get to the end of their story, she will.