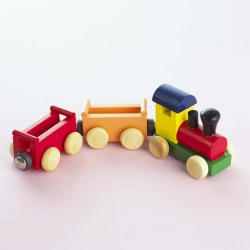 A man shouldn’t marry someone smarter than him. He does, and he’ll spend the rest of his life feeling like something less than a man.

I’ve mentioned several instances in the past when reading in public places became embarrassing as stories made me cry. Little did I know, that was nothing compared to the embarrassment of a story that made me giggle uncontrollably yet insisted I read the hilarious passage again and again, going into fresh spasms of laughter each time. While at a bus stop. After a visit to the neurologist for a skin biopsy which was still oozing bright red into the bandage on my leg.

No wonder people moved away from me.

One important scene, on the second page of the story, reveals everything we need to know about this family’s dynamics, stemming from that most common of problems: six-year-old Josh won’t get Oreos until he eats his broccoli:

In the pantry, the Oreos waited, their torn cellophane and the stale ones I always skipped on my way down the row to the cookies that still snapped when halved. I said nothing. A limp stalk hung from Josh’s fork, wet and terrible, and all I could think was how I hadn’t eaten mine.
Josh didn’t whimper. He didn’t whine or cry. He was a quiet kid. If he had complaints, he kept them mostly to himself. His fork rose, pushed the pale, little tree past his lips and into his mouth. He chewed, eyes closed, hating it.
“Let the kid have an Oreo,” I said.
Joy’s look let me know that, once again, I’d fucked up. We were supposed to be a team, be a unified front. But we both knew who was Abbott in their marriage and who was Costello, who looked like the idiot and who called the shots. And, even if I got the boy’s laughs, it was Joy who got the last goodnight kiss, the first hug home from school.
Josh shoveled what was left on his plate into his mouth, chewed, and chased the broccoli down with milk from a coffee cup, the blue one with the steam engine circling the mug.
“Very good,” Joy said. She pulled the Oreos from the pantry. Our rule was two, but, because he’d been such a good boy, Joy gave him three. Josh beamed, squeezed her arm. That I had been his Oreo advocate had, it seemed, slipped his mind.
Joy was always doing this, stealing the moment. Just that morning, I’d surprised the family with breakfast, only for Joy to cry – when Josh came stumbling, sleepy, into the kitchen – “Look, sweetie, pancakes. We made you pancakes!”

Well, I lied. It doesn’t tell you everything you need to know. There’s one more thing. They’re called to a teacher-parent conference, at which they learn Josh is gifted. “So, he’s not in trouble?” Joy asks.

On the floor, Josh brought two trains together in a head-on collision. He pulled an engineer from the cab of one and pantomimed a spine-crushing dive to the tracks below.
“I’m on fire!” he yelled. “Help! The pain! The pain!”
The other engineer joined him, screaming, “Stop, drop, and roll! For the love of God, stop, drop, and roll!”
The plastic men were spun up and dow the tracks. They muttered in fiery agony.
“Look, Joy,” I said. “Our boy’s a genius.”

That, by the way, was the passage that had me in giggles at the bus stop. In his One Story Q&A, the author says his biggest challenge was dialing back the funny. It’s a good thing he dialed it back; otherwise the police might have been called on me.

He does hit that sweet spot, where humor and poignancy mesh and the laughter prepares way for the tears. He’s also accomplished the other thing he says he set out to do: “I never could get the story just right, until it hit me that Sam and Joy were unhappy in their marriage. For a while, I felt like I was writing two stories, one about Sam and Joy, and one about Sam and his son.” But he got what he calls the “double helix” to come together, and it works beautifully.

Sam worries about Joy’s embrace of Josh’s genius as she buys a carload of educational toys. When Josh says goodnight in Japanese, Sam sees him “for the first time not as a father does but as another first grader might.” The scene is as heartbreaking as the fire scene is funny. I think that’s what works in this story – nothing is by accident. Trains. Lipstick. “The power of a single word to make you suddenly, unaccountably sad.”

All of this above is preparation for the main event of the story, a neighborhood “gifted and talented play group” at which Josh encounters his nemesis, a bully-girl named Marcy. There’s a walk up the stairs that had me aching. In fact, the rest of the story had me aching for them all, the oblivious mother, the befuddled father, the little boy who only knows he loves trains more than chemistry sets and hates broccoli and is afraid of Marcy and he’s been shoved at these things one by one.

In the same Q&A, Poissant is asked his view on the future for these people, and says, “That’s probably what will happen: As the two men discover that they have less and less in common, they’ll grow apart.” He wrote the story, he should know. But I have a very different take. I picture a young man in the future remembering the afternoon of the play group, and how his father stepped up, and at what cost. I don’t think Josh will realize this for some time, but he will. He’s smart enough.