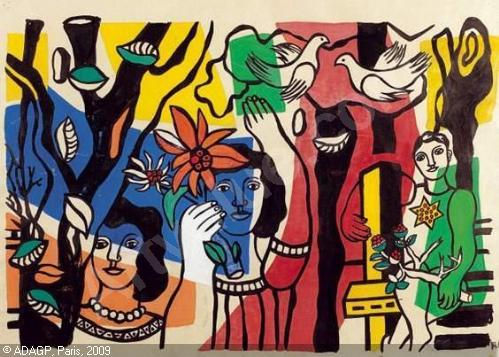 What maniacs we are – sick with love, all of us.

In his review of the Ron Howard film Parenthood quite some time ago, Roger Ebert felt it succeeded because the main characters, who were simultaneously parents and children themselves, struggled to reconcile their criticism of their parents’ parenting skills with their own parenthood. This story does much the same: the main character is both a parent raising a son, and a child dealing with the loss of her mother.

I read this in One Story last year, and for some reason didn’t write about it then. Maybe it was before I’d started blogging notes about stories I was reading. Or maybe the tiny booklet got buried in the mess on my desk or bookshelves. In any event, I didn’t recognize the title or the author until I read the Contributor’s Note before starting the stories, and remembered the parrot.

The story is structured around an interesting premise:

I lost my mother last spring and am driving nine hours south on I-95 with a seven-year-old so that I might hear her voice again….We’re driving to a small roadside zoo outside of Myrtle Beach so that I can hear my mother’s voice ring though the beak of a thirty-six-year-old African gray parrot, a bird I hated, a bird that could beep like a microwave, ring like a phone, and sneeze just like me.

The rest needs to be read, not summarized. The language is beautiful, the feelings true. It’s told in zig-zag fashion, going from present to various places in the past over and over again, and while it isn’t confusing, it’s a little unsettling. It’s not terribly subtle, since everything that happens in the present brings up a memory or association to the past. But there’s such depth of feeling and wonderful imagery, I think it earns the right to be what it is. It’s very honest, and what else can you hope for in a story. In her One Story blog entry, Karen Friedman comments:

As the story unfolds we learn their relationship had been full of the little fault lines that develop between mother and daughter over a lifetime.
Precisely because of their size, those little fault lines are what grabbed my attention. There’s no physical abuse, no drunken betrayals – nothing that screams, “pay attention, for now we’re in the realm of dramatic truth”. It’s a deceptively simple story about people trying their best, and sometimes falling short.

I read somewhere that children are our punishment for what we did to our parents when we ourselves were young. The narrator is just beginning to realize this, as she remembers her mom and watches her son grow up: “Will you love me forever? I think to myself. Will you love me when I’m old? If I go crazy? Will you be embarrassed of me? Avoid my calls? Wash dishes when you talk to me on the phone, roll your eyes, lay the receiver down next to the cat?”

But it’s not all grim; there’s a great deal of humor here. The narrator is trying to sell her house to move to Connecticut for a promotion, but that’s not going so well thanks to a humpback cricket infestation in the basement (in her One Story Q&A, Bergman admits this was based on her own experience). Ike, the son, is “a forty-three pound drama queen, a mercurial shrimp of a boy who knows many of the words to Andrew Lloyd Webbers’ oeuvre.”

And the parrot, Carnie, is a riot. He bites, he fusses, he repeats all the wrong phrases, and Mom’s house becomes smellier and smellier. But he serves as a prism, bringing Mom into focus, and he provides a telling moment, in one of the last scenes between mother and daughter:

The man of the house is not here, Carnie said. He’s dead.
You really take it easy on those telemarketers, I said, looking at Mom.

The two houses – the narrator’s cricket-infested house, and Mom’s house – provide additional foci for the emotion of the story, as well as structure for the plot to wrap around. The title adds another element.

I’m not sure I understand why it’s a great story, technically; the alternating now-and-then, the straddling the edge of sentimentality, are elements that make me a little nervous, and I’m not 100% sure it’s a strong enough story for so many theme elements – the parrot and the houses and the housewifely arts and Ike and Mom and single motherhood. But I am sure it’s a beautiful read, and I’m glad it’s in this volume and I got another shot at it.

One response to “BASS 2011: Megan Mayhew Bergman, “Housewifely Arts” from One Story”